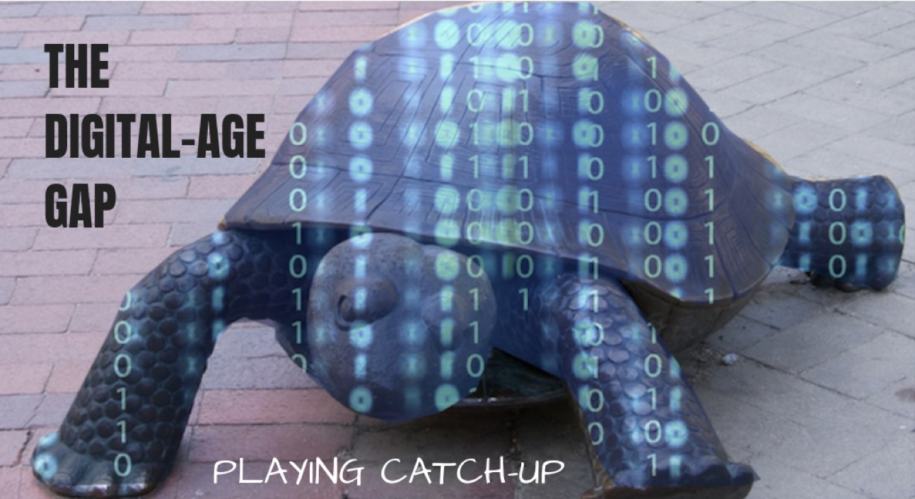 Now what is referred to here is distinct from the digital age-gap (although that too is an important conversation for today; what with all the grandmas and grandpas that have gleefully discovered Facebook – and are embarrassing their kin on there, and sending them unending barrages of forwarded messages and videos on WhatsApp as well). This discourse rather pertains to Nigeria – like most of the 3rd-world – remaining at the back of the digital-technology race; and to what we could do to advance toward the front of it.

The GSM success story…….one cannot speak of technological progress in Nigeria and leave this out. Mobile phones were the catalyst to, and the backbone of this burgeoning Internet-based small-business marketplace we see today; which analysts posit will only grow larger and more significant – national economy-wise. Business transactions which, not that long ago would have required often extended physical translocation of persons and cash; can be concluded easily in minutes today, with every requisite task accomplished on a mobile device (from product search, to communication with vendors, to logistical-arrangements, to payment). With crude-oil prices remaining low, SME’s have necessarily sprouted extensively……and blossomed. For the most part these businesses are built and operated on a digital-technology basis (Instagram alone houses one of the largest contemporary marketplaces for Nigerian small-businesses; with enormous volumes of daily product-placements and transaction-engagements). The Entrepreneur-Mindset is arguably more than ever before enabled today – with a little funding, the right idea and an Internet-enabled device sometimes being all you need to succeed as a business owner. There is a new home-grown mobile app built everyday, a novel business idea developed that leverages technology, and brilliant means created that marry different work-fields at a digital meeting-point. One could argue that the pace of our progress in this digital age is good – but it isn’t really…..comparative to the collective of other nations and with regards to what we could potentially achieve, we could do much better.

India is a country similar to ours regarding its massive population of mostly poor people. Like Nigeria, India has in recent years been variously designated an emerging-market; but unlike us it has thrived by using its large population to its advantage. With over 460 million internet-users, India is the second largest online market (with a remarkable increase of over 15% in the number of users since 2011), behind only China. By 2021 India will have 635.8 internet users. So how are they doing this? First, they recognized the immense value of the mobile-technology platform, and the good fit that this was for Indian economic-growth – mobile phones with the full functionality of the far more expensive personal-computing devices come in many models that are affordable to the lowest classes. With thoroughly simplified user-interfaces, these phones are mobile-wallets, communication tools, cameras and scanners, and much more. These devices do not only simplify everyday transactions for users, but encourage engagement in new ones also. However India did not leap so far forward on the strength of mobile phones alone, no. Their secret is that every Indian is biometrically registered, in the Unique Identity (UID) project. The implication of this is a complete simplification, and cross-functional integration, of everyday dealings. For example, any Indian may open a bank account in mere minutes, by just using their fingerprint for identification – all of their already stored data would then be thusly retrieved from the cloud.

So, India built one of the largest online markets by empowering every one of its citizens to operate within cyberspace with all ease.

Another argument for pivoting a large population to economic advantage – rather than deem that quality a limitation – is the looming prospect of a transformed global value-chain. Disruptive technologies such as robotics and the Internet of Things, which largely supplement manual labour, are causing the focus of many national economies to shift from production-based efforts to service-based ones. China, once known as a global hub for cheap manufacturing-labour is now transitioning from this to more knowledge-based functions. The opportunities presented by this to a large-population, low-GDP nation like Nigeria is two-prong: in the short term this country could position itself to make up the global labour-deficits created by countries like China transitioning to other roles; and prepare itself for the long-term future in a knowledge-based global economy by acquiring what learning/training now that is necessary for its workforce to not be redundant in that time.

The Internet is at the heart of technology today. You could say it is the foundation that it is all built on. Logically, the solution to our relatively unremarkable technological-growth lies in providing affordable Internet access across board. This is almost guaranteed to set-off the rest of the change that is desired – Nigerians are an exceedingly bright lot, requiring only the most basic provisions to thrive. Cheap and reliable broadband across the breadth of country is really all that is needed for the country to leap forward in bounds in the digital-race.

Education is key. This cannot be emphasized enough. The investment a country makes in its future is one it makes in the minds of its young. Seeing how information technology is shaping our existence, every aspect of it should be taught comprehensively at the various levels of schooling. A crop of minds should be prepared to successfully participate in a very competitive and technological world of tomorrow.

Invest in the involvement today of the citizenry with the Internet. A proactive step would be monetarily incentivizing Internet-based (or oriented) economy-building businesses on every scale – with loans and tax-rebates for instance. What reason is there to not encourage the building of manufacturing plants for smart mobile-devices in-country; to provide even cheaper, fully-functional alternatives? Furthermore, following the Indian example, an integrated national biometric-database would turn our numeric strength to vast economic advantage in creating one of the single largest online marketplaces globally.